Stay up to date with the latest research operations guidance and follow Pitt's response to the pandemic.

He leads five offices focused on the full breadth of the research enterprise—from pursuing and securing funding, through ensuring adherence to the highest standards of research conduct, to building collaborations that lead to successful commercialization.

Rutenbar has more than 30 years of experience in innovation and technology. His research focuses on three broad categories: software tools for circuit design, statistical models for nanoscale chip design, and hardware architectures for machine learning and artificial intelligence.

He previously served as the Abel Bliss Professor of Engineering and head of the Department of Computer Science at the University of Illinois at Urbana-Champaign, where he oversaw a department of 70 faculty members and nearly 2,500 students. Prior to assuming that position in 2010, Rutenbar held the Stephen J. Jatras Chair in Electrical and Computer Engineering at Carnegie Mellon University, where he was on the engineering faculty for 25 years.

He was the founding director for the Center for Circuit and System Solutions, a multi-university consortium that focused on next-generation chip design challenges. The recipient of 14 U.S. patents, his endeavors have been funded by AT&T, Google, DARPA, IBM, the National Science Foundation and the Pennsylvania Infrastructure Technology Alliance. Rutenbar is also the author of eight books and 200 published research articles.

Rutenbar was elected a fellow of the Association for Computing Machinery and the Institute for Electrical and Electronic Engineers (IEEE). He is a winner of the Semiconductor Research Corporation’s Aristotle Award, and the Phil Kaufman Award from the Electronic System Design Alliance and IEEE Council on Electronic Design Automation. In addition, he has earned distinguished alumnus awards from both the University of Michigan and Wayne State University. Rutenbar is also among the top scientists to be elected both as an American Association for the Advancement of Science Fellow and as a National Academy of Inventors (NAI) Fellow. Election to NAI Fellow is the highest professional distinction for academic inventors. 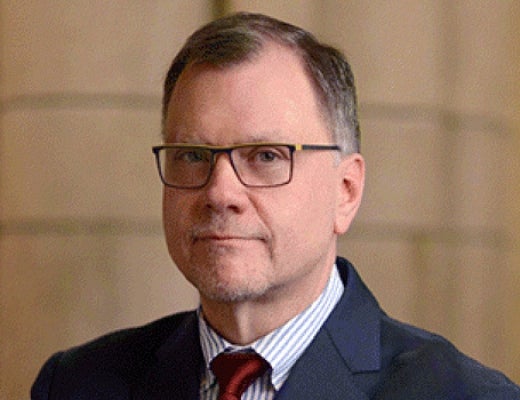 The Office of Industry and Economic Partnerships (OIEP) helps businesses and institutions access the University’s vast resources to build partnerships that drive economic growth and innovation.