Pitt researchers appear regularly in the annual listing of Highly Cited Researchers, published by the UK-based data analytics firm Clarivate. Last December, 17 Pitt researchers made the list. In the 2022 rankings released in November, that number increased by eight: 25 Pitt researchers now appear in the list.

The Highly Cited Researchers list identifies researchers in sciences and social sciences who have produced a significant number of highly cited research papers over a 10-year period from January 2011 to December 2021. Researchers are ranked according to bibliometric analyses performed by Clarivate's Institute for Scientific Information, using metrics of citation data from the company's Web of Science platform. Highly cited papers are defined as being in the top 1% by citations for the field and year.

Clarivate’s list comprises more than 7,000 researchers from more than 70 countries and regions with 4,000 working and being cited in specific fields and about 3,000 being cited across more than one field. Since 2015, 49 Pitt faculty have appeared on the Clarivate list, with 33 of those making the list more than once.

One faculty member in the School of Public Health, Anne B. Newman, distinguished professor in epidemiology and director of the Center for Aging and Population Health, has appeared on the list every year since 2015. 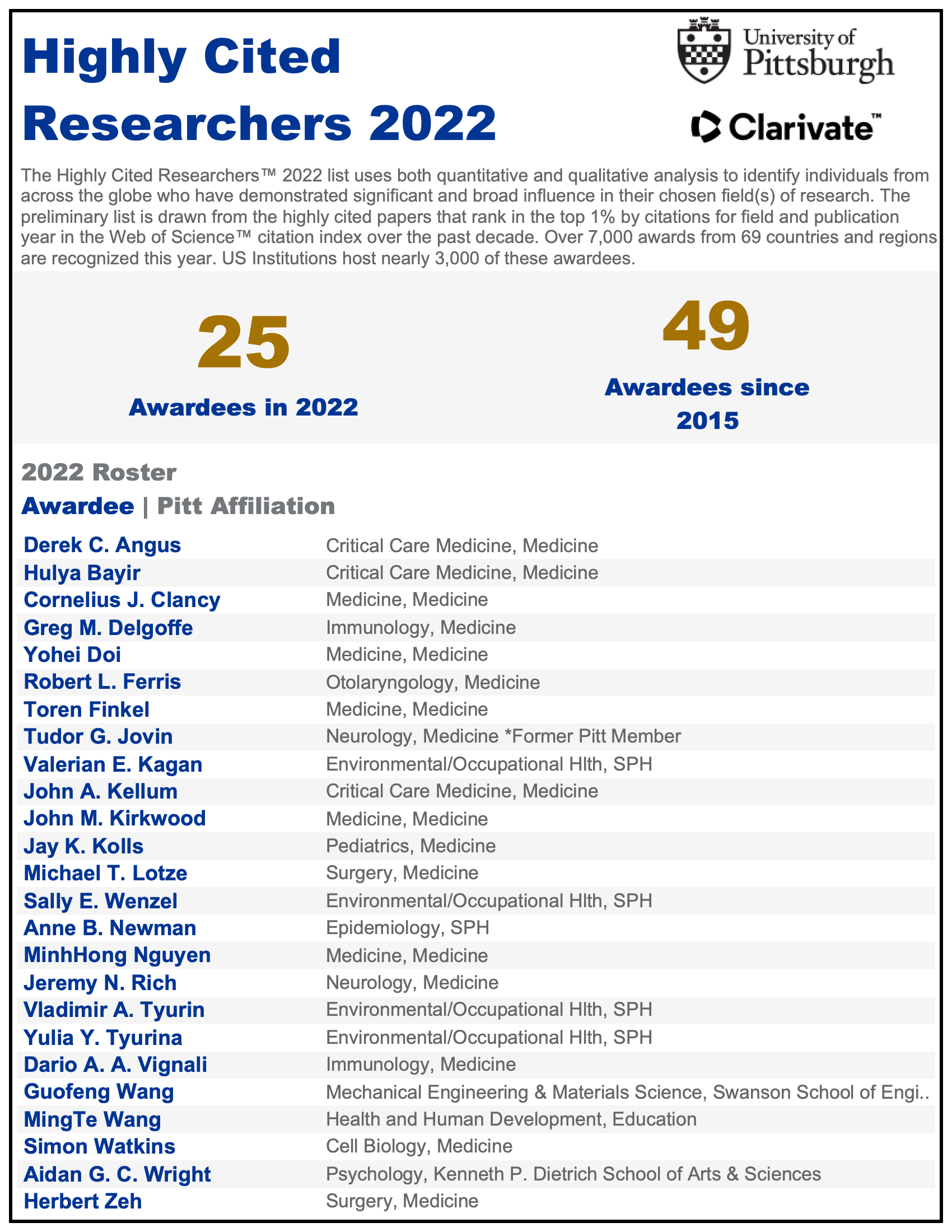